The coup d’état continues to be the world’s most common form of unconstitutional regime change. One in four countries has had a coup attempt since 1990 and these 49 countries include places as diverse as Fiji, Egypt, Thailand, Honduras, Russia, Mali, Qatar, and Peru.

Countries with Coup Attempts Since 1990 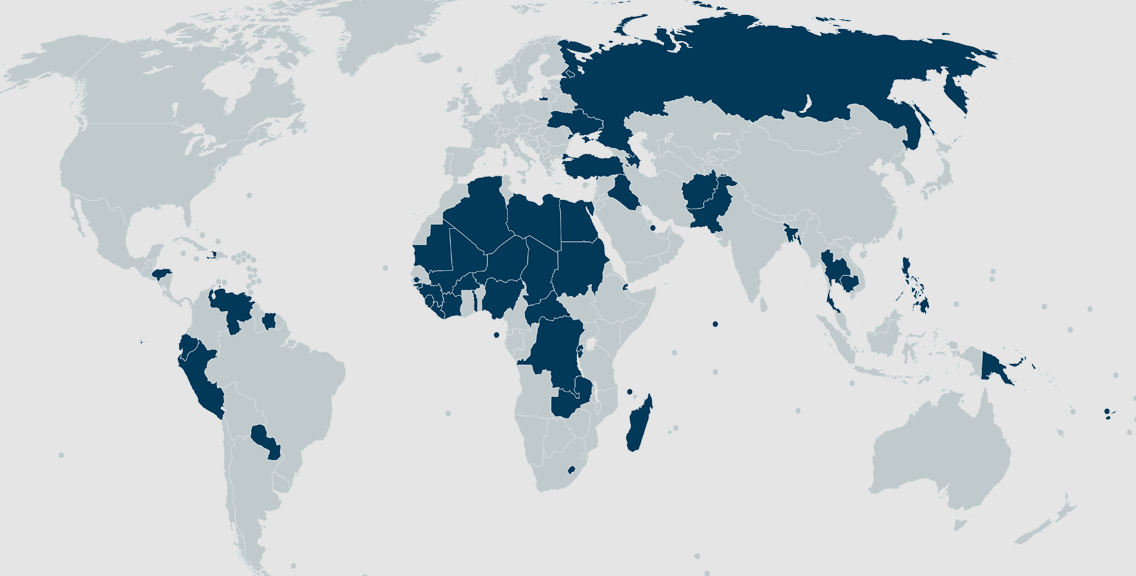 Map created with mapchart.net. Source data can be found here

We developed CoupCast because coups can have terrible consequences. In addition to destabilizing governments and forcing unconstitutional leader change, they can also reverse democratization (as in Mali and Mauritania), precipitate genocide (as in Cambodia and Rwanda), and worsen civil wars (as in Sierra Leone, Sudan, and Ukraine). Coups also increase the risk of subsequent coup attempts, sometimes even in neighboring countries.

The exact motivations for coup attempts vary from coup to coup, but there are many common risk factors that tend to encourage coup plotting. We may never be able to predict when one specific junior officer will reach his breaking point and risk his life in a coup attempt. However, we can use patterns from past coups to identify the conditions that make these kinds of decisions especially likely.

Every month we gather original data on global events and use these data to predict the risk of a coup attempt occurring in every country that month. We produce these estimates by combining insights from the latest coup research with machine learning algorithms that can identify subtle patterns in very large datasets. Monthly updates account for recent leader changes, election announcements, and even severe weather in every country in the world.

Our goal is to not only predict coups, but also to leverage these predictions in ways that help us reduce coup risks around the world. We believe accurate early warnings can promote peace and good governance by directing international attention toward areas of special concern. Beyond generating accurate predictions, we are reaching out to relevant stakeholders, including regional security organizations, non-governmental organizations (NGOs) and international election observers. We also publish original research on strategies for peacefully reducing coup threats.

CoupCast was developed by Curtis Bell, a coup and civil war expert who has published research on political violence in a number of top academic journals.

Learn more about CoupCast, its Accuracy, Methodology, and the REIGN Dataset used create it.