Amid a growing chorus of dissatisfaction with the UN Security Council’s inability to prevent armed conflict in places such as Syria and Crimea, OEF and ACUNS convened a discussion on how to fairly assess the Council and whether its current structure helps or hinders it from fulfilling its mission.

The discussion featured Professor David Bosco, who published “Assessing the UN Security Council: A Concert Approach” in the journal Global Governance.  David Bosco pointed out that the Council can be commended for preventing armed conflict within the ranks of its permanent members. Ambassador Hardeep Singh Puri, India’s former Ambassador to the UN who presided over the Security Council in 2011 and 2012 presented a counter position. He believes that simply preventing armed conflict between Security Council permanent members falls far short far short of achieving the Council’s mission. Canadian Ambassador to the UN, Guillermo E. Rishchynski moderated a lively discussion between the two speakers and our audience of UN Ambassadors, prominent scholars and senior NGO and UN Secretariat staff. 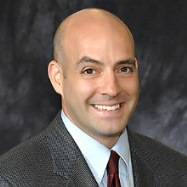 He points to four concrete values of the Council that allow it to diffuse conflict between the major powers.

“The electric tension that the Berlin Blockade generated between two non-negotiating worlds was very great. Had there been no United Nations, it might have been so great that the electricity would have shot across the gap, setting both sides afire.”

2.      Value of delay. The council cannot respond quickly to crises and this may be a virtue as it  buys time for major powers to act. During the Cuban missile crisis, for example, President John F. Kennedy was pressured to authorize military strikes. Kennedy was able to stall a decision by pointing to an ongoing Council debate. US Secretary of State, Dean Rusk, later wrote: “Prolonged discussion lessened the chance that one side would lash out in a spasm and do something foolish. The UN earned its pay for a long time to come just by being there for the missile crisis.”

3.       Value of ambiguity. The language of Security Council resolutions is often vague by design. Ambiguity allows members of the P-5 to keep their constituencies happy without committing to concrete actions that might antagonize other P-5 members. Bosco points to the potential of US/Soviet conflict during the 1973 Arab Israeli War. What prevented conflict was a resolution that called for an immediate ceasefire between the warring parties but was vague on the terms. Through the resolution, the Council ended the war while meeting the geopolitical needs of two of the major powers. So as Bosco writes, “Council’s formulation did little to resolve the underlying conflict [but] it did help limit the chances that the superpowers themselves would be drawn into the fighting.”

4.       Value of face saving. Bosco argues that the Council can “smooth over diplomatic tension” that arises when one of the P-5 suffers some humiliation. He points to the Council’s response to the dissolution of the Soviet Union. The UN Charter gave a permanent seat to the USSR and not to the newly founded Russian Federation. Rather than bringing the issue to the floor of the General Assembly, the Council simply transferred the seat to the new Russian entity allowing a senior Russian official to proclaim, “Russia will remain a great power…It may not be a superpower, but it will still be a great military power and part of the global strategic balance.”

Ambassador Puri expressed appreciation for Professor Bosco’s points but found them unsatisfying. He reminded the group that the founders of the United Nations set forth a series of lofty goals including saving “succeeding generations from the scourge of war.” The Security Council would be the mechanism to achieve this ideal.  The Council, he argued, is unique in human history as the only world body ever to have been vested with the authority to determine what constitutes a threat to international peace and to act against this threat by use of force. He asked the audience to ponder: Is David Bosco’s argument—that the council’s merit comes largely from containing aggression between the major powers—setting the bar too low?

He also pointed out that the examples of Council success that David Bosco highlights—The Berlin blockade, the Cuban missile crisis, the 1967 and 1973 Middle East wars—are from long ago. But what, he asked, are the Council’s recent successes? Resolution 1973, authorizing use of force in Libya, was quickly followed by inaction in Syria or Ukraine through the use of the veto.

He also objected to the notion that the victors of World War II are the only major powers of the day. He asks, do the permanent five member states represent the best possible combination to achieve the UN’s mandate or should Council membership be revised to reflect both new and emerging powers and the vastly different world of the 21st century?

Ambassador Puri believes that accepting the Council’s failings or simply looking for its positive aspects may allow us to feel better, but it will not help us solve the urgent problems that the UN is uniquely poised to address.  The United Nations Charter, drafted some 70 years ago, could not have anticipated our current challenges. The nature of the threats we face has changed and new powers are taking center stage. Ambassador Puri believes that the Council may have to change with it.

The OEF and ACUNS discussion series gives scholars, practitioners, and policymakers an opportunity to share their work and their wisdom. It also helps Global Governance authors reach the people who can put their findings to use.

For more information about this series, email me at rspivak@oneearthfuture.org. For a good overview of the Security Council, see http://www.cfr.org/international-organizations-and-alliances/un-security-council/p31649.