In 2000, the United Nations Security Council unanimously passed landmark Resolution 1325. This resolution recognized the need to apply a women-focused lens to conflict management, conflict prevention, and post-conflict reconciliation and peacebuilding, particularly in current or former conflict zones. At the time of the resolution’s passing, existing policy frameworks to tackle these issues were sparse. To address this, in 2004, the Security Council called upon all countries to implement this resolution. Since then, while the unique obstacles and challenges facing women in conflict zones have not yet been resolved, policy frameworks known as National Action Plans on Women, Peace, and Security (NAP) have emerged in countries around the world to the implementation of 1325. 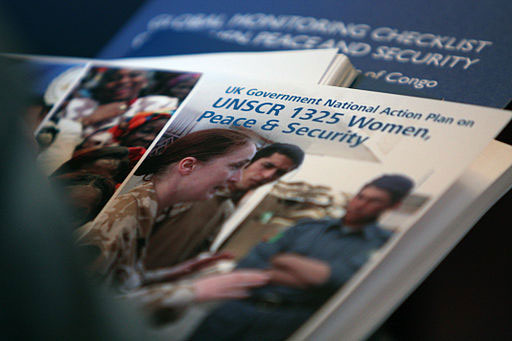 To this day, 55 countries have drafted, developed and launched NAPs. Each NAP is established in line with the goals of 1325 but nevertheless caters to specific priorities, institutional structures, legal mandates, and security needs of each country. Naturally, this diversity merits closer attention, not only with respect to measuring the success and challenges to implement the NAPs but also to document the strategies and significant roles women play internationally in peace and security. But, despite the proliferation and apparent use of these frameworks, not much research or evidence exists to determine what impact, if any, these NAPs have had in implementing 1325. 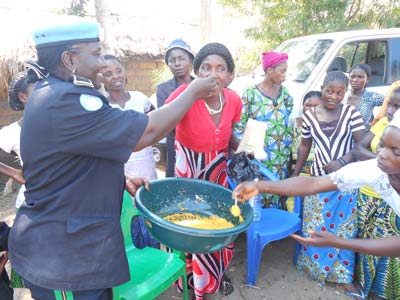 To address this research gap, the One Earth Future Foundation (OEF) and the Institute for Inclusive Security launched a research project to analyze NAP implementation in four post-conflict countries. A research team traveled to the Philippines in September to study NAP implementation, particularly as it related to the conflict in Mindanao. Over the course of the next year, teams will travel to Serbia, Sierra Leone, and the Democratic Republic of the Congo (DRC) to do similar research. In each country, members of civil society (especially women’s groups or women’s peace groups), government, and security institutions including the military and police will be interviewed. These efforts will culminate in a final report scheduled to be published in May of 2016.

The report will add to the growing body of evidence-based research on UNSCR 1325. In particular, the report will outline the process leading to the launch of the NAP, the interactions between state institutions and civil society, and the priority areas of each country. The cross-country comparative analysis will allows us to draw conclusions on lessons learned from each country. These lessons will inform policy makers and civil society alike on how international resolutions can best be structured and implemented at the local level. Several observations can already be drawn from initial findings from interviews in the Philippines. 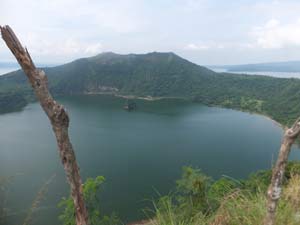 Over the course of two weeks in September, researchers from OEF and Inclusive Security traveled to Manila and Davao City and interviewed 18 individuals and organizations involved in peace and security. Despite a frightful experience avoiding durian, perhaps the Philippines’ most dangerous (and smelly) fruit, researchers collected a wealth of knowledge from participations in government, civil society, and the military. Initial findings suggest a diversity of perceptions on the Philippine NAP, specifically in the Southern region of Mindanao. There is an apparent disconnect on the understanding of the impact of the NAP on the lives of women on the ground, particularly women in conflict zones. For example, while gender sensitivity trainings point towards a greater awareness and attention from security forces, outside of government and the military, the NAP is not as visible.

Other key takeaways include:

1)      The Philippines has an impressive amount of legislation dedicated to women’s empowerment and political, economic, and social participation that predates the NAP. Chief among them is the Magna Carta for Women (2009), a comprehensive document requiring government bodies on all levels to devote 5% of their budget to gender and development programs, activities, and polices. It also called for the creation and implementation of a NAP.

2)      Civil society was instrumental in bringing the NAP to life in the Philippines. Civil society organizations played a key role in developing and drafting the plan. Following the NAP’s adoption in 2010, the government established an inter-governmental Steering Committee for its implementation. While civil society is not a part of this Committee, they conduct trainings for government agencies and the military on women, peace, and security and NAP implementation.

3)      While the national government has embraced both the NAP, its impact is less evident at the local level, especially within Mindanao. As one civil society activist in Davao City remarked, local activists will invoke 1325 in their work but not the Philippine NAP, suggesting a level of distrust or disengagement with national-level policy processes. Many outside of the national government seem to share that sentiment – having a NAP is better than not having a plan, but its application is not always apparent. 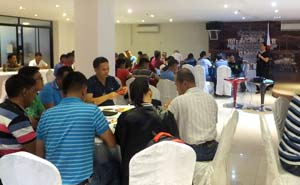 These and subsequent findings will help shape our understanding of NAPs and the ways in which countries can improve the mechanisms to implement their policies at the local level. In many respects, NAPs represent the most promising tool for realizing the objectives of resolution 1325, since they aim to translate lofty global goals into concrete national plans. Unpacking their implementation can help governments and civil society actors understand the effect they are having, and could ultimately strengthen the chances that 1325 will succeed. As we continue our research and data collection in the remaining three countries to create a comprehensive assessment, we look forward to sharing updates on our findings. Follow the One Earth Future Foundation on this website, on Twitter, or on Facebook; and the Institute for Inclusive Security at inclusivesecurity.org, on Twitter, or on Facebook for updates.