On November 20th 2012, fighters from the M23 rebel movement streamed past UN peacekeepers into the city of Goma, the provincial capital of the DRC’s North Kivu province. Fighters looted homes, killed suspected rivals, committed unknown numbers of sexual assaults, injured hundreds of civilians and caused tens of thousands, many already once displaced, to flee for their lives. The scenes invoked memories of the most tragic failures of UN peacekeeping, such as in Rwanda and Srebrenica, in which UN forces restrained by narrow mandates and inadequate resources were unable to intervene as large-scale violence against civilians unfolded in front of them. It seemed that despite decades of debate over the need for civilian protection, UN peacekeepers were still unable to deliver upon the promise inherent in their title. A recent policy analysis I did for OEF Research examines the UN response to continued conflict in the eastern DRC and the implications of the peace enforcement strategies adopted for effective civilian protection.

In response to the fall of Goma the UN authorized a new type of peacekeeping detachment--the Force Intervention Brigade (FIB). The FIB was given the explicit mandate and military capabilities to “neutralize” armed groups which threatened the safety of civilians. 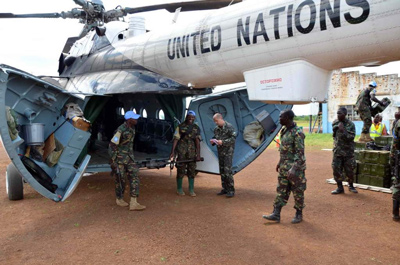 This explicit peace enforcement mandate has sparked controversy from many who feel that offensive military action by UN peacekeepers may deter states from contributing troops to peacekeeping missions, endanger NGO and humanitarian workers on the ground, compromise the UN’s ability to serve as a neutral arbitrator, endanger civilians through increased military activity, and divert attention and resources away from work towards political settlements needed for long term peace.

This is a hefty list of serious reservations, so why would the UN authorize such a deployment?

Theoretically, proactive peace enforcement strategies such as the FIB have significant advantages for long-term protection of civilians over the traditional, reactive model of peacekeeping. Most importantly, such offensive actions can defeat an armed group, eliminating the threat to civilians in the long term. Short of this, it can cause groups to retreat to remote areas, limiting their ability to victimize large groups of civilians. Forceful intervention can also change the incentive structures for individual fighters, encouraging defection by raising the costs of membership in armed groups. Finally, reducing mobility and territorial control through such strategies can more effectively deny such groups access to sources of revenue needed to maintain operations. These are all potentially significant benefits for civilian protection, but prior to the FIB peace enforcement strategies had never before been implemented in the context of UN peacekeeping operations.

Disappointing Results from the DRC

Results from the first two years of FIB operations are decidedly mixed. The detachment was remarkably effective in quickly defeating M23. The group virtually disintegrated within months of the FIB’s first offensive actions. The detachment has also seen success against a host of smaller armed groups such as the National Liberation Front (FNL) and the Front for Patriotic Resistance in Ituri (FPRI). As anticipated, the advanced military capabilities of the FIB, particularly attack helicopters provided by South Africa, played a decisive role in breaking long-standing stalemates with comparatively lightly armed groups. 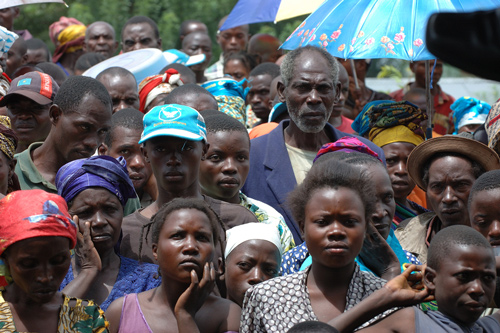 However, the detachment failed to neutralize some of the biggest threats to civilians in the region. UN attempts to combat the Democratic Forces for the Liberation of Rwanda (FDLR) never got off the ground because of concerns over the human rights records of participating Congolese generals. Further, though initial actions against the Allied Democratic Forces (ADF) were successful in dislodging them from their base of operations, this has not stopped the group from continuing to kill hundreds of civilians in the Ituri area.

All in all, FIB offensives have led to no net reduction in violence against civilians. So is the FIB experiment a failure? It may be too early to answer that question definitively. If the elimination of various armed groups eventually leads to more lasting political stability in the region, this would undoubtedly result in improved civilian security, but we cannot know when or if such a lagged effect may occur. One thing academics and policy makers alike should look at though is how the FIB model can be improved as a tool for civilian protection if it is going to be used in other conflicts. Continued debate on the larger normative and utilitarian value of peace enforcement should not keep us from looking deeper into how we can make the FIB model more effective.

·        The target armed group’s method of resource allocation- The FIB model of peace enforcement is most likely to be effective against armed groups which obtain resources through force. Groups which do not depend on the voluntary support of the civilian population are more likely to commit violence against them, creating a need for proactive protection. In addition, robust intervention can deny such groups safe access to the resources they need to sustain operations.

·        The speed of deployment- Academic research has shown that biased intervention seems to trigger a response by the targeted armed actor whereby they increase their rates of violence against civilians. This means that a peace enforcement strategy such as the FIB initiates a period of heightened violence against civilians. Because of this, steps must be taken to ensure that forces are deployed as rapidly as possible.

·        Adequate resources and capabilities- Once the decision to use military peace enforcement has been made, policy makers must ensure that any such deployment has the resources to ensure it can achieve rapid, decisive victory over the targeted group. A long campaign endangers civilians in a same manner as slow deployment. In addition, failure to achieve decisive victory against a targeted group mitigates the deterrent effect of peace enforcement by reducing the perceived repercussions of committing violence against civilians. 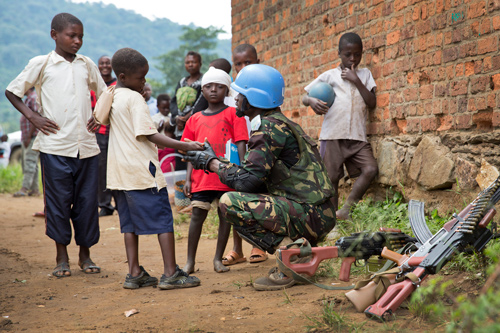 ·        Steps taken to reduce post-intervention violence- Expanded state control will accompany any successful FIB style peace enforcement strategy. Research indicates that government forces are more likely to commit violence against civilians who either share identity links with a targeted armed group or live in close proximity to its base of operations. Strategic placement of UN observers and facilitation of security sector reform can help to address violence committed by militaries against their own citizens upon regaining territory.

The Force Intervention Brigade has failed to produce the dramatic improvements in civilian security many had hoped for. While it would be premature to dismiss the FIB model peace enforcement as a tool for civilian protection, any future deployments need to learn from the lessons to be had from its initial operations in the eastern DRC. If policy makers carefully consider the criteria discussed above, the FIB model has the potential to save lives and be a tool for long term peace and stability. However, if misapplied or pursued with inadequate commitment and resources, it may only lead to greater harm to those it was envisioned to protect.