Fragility and Underdevelopment: Acknowledging the Nexus

The Sustainable Development Goals (SDGs)–cornerstones of the post-2015 development agenda–were officially adopted by the United Nations at the UN Sustainable Development Summit this September. They eclipse their predecessor Millennium Development Goals (MDGs) both in size (17 vs. eight) and in scope (169 targets to the MDGs’ 22). One particularly striking difference is the inclusion of a goal (number 16) that aims to promote peaceful societies, provide access to justice, and build inclusive institutions. 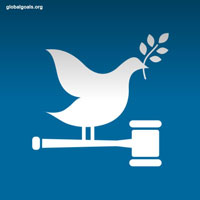 In its present form, SDG 16 reads,

“Promote peaceful and inclusive societies for sustainable development, provide access to justice for all and build effective, accountable and inclusive institutions at all levels.”

The inclusion of this goal comes after strong criticism of the MDGs for failing to account for insecurity, human rights abuses and weak governance as barriers to development. The UN’s post-2015 task force– supported by a large number of NGOs– did recognize the importance of these issues in a report to the Secretary-General in 2012. Though by this time, it was an issue that would have been hard to ignore. 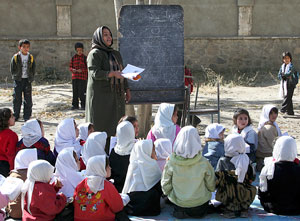 The association between underdevelopment, state fragility and insecurity is striking. In 2013, 1.5 billion people lived in conflict-affected countries. As of early 2015, fragile states account for 20% of the world’s population, but they are home to 43% of the world’s poor. Only one-fifth of fragile countries are on track to achieve universal primary schooling, compared to nearly half of all non-fragile developing countries. Similarly, only 28% of fragile states are on track to half the number of citizens without access to safe water, while a majority – 61% – of non-fragile countries have already reached this target.

Even so, SDG 16 has drawn criticism from the onset. Some states have questioned the idea that conflict causes squalor, insisting instead that “…conflicts start from poverty and inequalities.” Discussions of the inter-governmental Open Working Group on the Sustainable Development Goals (OWG) revealed that China considers the goal meddlesome and as “dwelling too much on internal mechanisms.” Brazil and Nicaragua have voiced concerns over aid serving national security agendas, saying that “inserting security issues in the discussion…runs the risk of jeopardizing a process that can be extremely beneficial to development.” Other recurrent arguments against the goal are:

These concerns are not trivial. There are other issues too. Perhaps most disappointingly, the weak emphasis on security targets does not reflect the convincing body of evidence linking the absence of violence to development. But a majority of these arguments are overly pessimistic. Below I describe why some of these concerns are likely overstated.

Peace and governance targets are measurable

Measuring peace and governance targets is by no means easy, but we are becoming better at doing it. Organizations like Saferworld and the Institute for Economics and Peace have identified several datasets (Uppsala University’s conflict and battle death data and the World Justice Project’s rule of law measures, for example) that can be used to measure several SDG 16 targets.

The key challenge for data collection in this area lies in building monitoring capacity, especially in fragile and conflict-affected states, and this in turn requires substantial levels of funding. Currently, fragile states receive considerable assistance in statistical capacity, but so far that assistance has been concentrated in a few countries—and not those countries in greatest need. However, the UN recognizes that fragile states qualify as countries with “special needs” that will require concerted attention and efforts to develop their statistical capacities as part of the post-2015 development agenda. 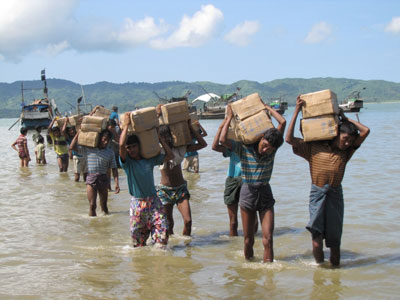 Besides, non-traditional sources of data are becoming increasingly available as information and communication technologies continue to develop. Refugee and internally displaced person (IDP) movements and numbers–which are notoriously difficult to capture, especially in conflict zones–can now be captured via remote sensing technologies. These and other developments should help drive data monitoring costs down considerably.

It is also important to keep in mind that data availability improved considerably on MDG indicators after the goals were made a global priority and resources were made available to track them. As the indicators to measure SDG 16 become more developed, and better resourced, it is reasonable to expect a concurrent development of national statistical capacities to capture them.

There are indeed some problems with the way the goal and targets have been worded. “Promoting peaceful and inclusive societies” is extremely vague. The target to “ensure responsive, inclusive, participatory and representative decision-making at all levels” sounds tautological. But these criticisms ignore that the SDG development process is ultimately an intergovernmental one, and peace, justice and governance are inextricably linked to the sensitive issues of sovereignty and national politics. Predictably, some countries have objected to the inclusion of the peace goal on these grounds. In being vague, the goal avoids using forceful language that might irk some countries. And by not prescribing actions too precisely, it gives states the flexibility to implement measures that are in line with their policy preferences.

12 targets are not too many 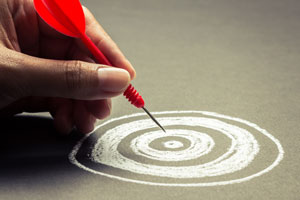 The inclusion of 169 targets (and, by some accounts, over 1,000 indicators in the entire SDG framework) has been criticized for creating a “Christmas tree” of complexity which is hard to communicate effectively. SDG 16 holds the unfavorable distinction of being the goal with both the most targets and the least means of implementation (two). A major concern remains that such an ambitious agenda spreads already scarce resources too thin. But we need to remember that these are global as well as country-level goals. No two countries are the same and neither are the challenges they face. Having comprehensive targets allows the goal to have a truly global scope. National governments have to be able to collect the data that will be used to populate the global  indicators, at the same time as ensuring that the data collected are the most relevant for meeting country-level targets. For this to happen, locally relevant targets need to be represented in the global development agenda.

Having 12 targets makes SDG 16 complex, but it also allows states to prioritize between the different targets and to focus on issues of greatest relevance to their stage of development.  Of course, one persistent worry here is that issues that concern states may not always reflect the concerns of their citizens. In such cases, the peer pressure created by SDG-inspired “global league tables” should hopefully serve as checks and balances on states and help to align domestic agendas.

Peace needs to be recognized as a core pillar of development

The pursuit of international peace is central to the UN’s mandate as spelled out in the UN Charter in 1945. Over the years, this has led to a number of institutional initiatives within the organization—including the creation of the Departments of Political Affairs and Peacekeeping Operations and the Peacebuilding Commission and Fund. But these are in many ways siloed undertakings, with very specific focus areas. The global reach that the SDGs provide is a huge opportunity to make peace and security issues a core feature in any and all development efforts.

Emerging Threats to Goal 16, and Why We Must Counter Them 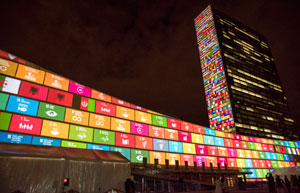 Following the Sustainable Development Summit in September, there have been intensive discussions among experts and representatives from member states and the UN on the indicators that will be used to monitor and implement the SDGs. During these negotiations it has become clear that a major threat has emerged to the commitment spelled out in Target 1 of SDG 16 to track security trends around the world. At a recent meeting in Bangkok of the Inter-agency and Expert Group (IAEG) of the SDGs, critics of Goal 16 argued that the methodology being used to count conflict deaths is deeply flawed and that the indicator measuring conflict deaths should be removed from SDG 16. This is a major concern because the IAEG is tasked with securing final agreement on the SDG targets and indicators. While attacks on SDG 16 have been framed as deriving from concerns about inadequate measurement methodologies, they have mostly come from states that are politically opposed to including security goals into the SDG framework. At the time of writing, NGO and research groups supportive of Goal 16 were organizing to counter the push to reduce the scope of Goal 16 and to ensure that security targets are not removed from the goal’s agenda.

All 17 of the SDGs are still works in progress. There is still much to be resolved. But today it has become increasingly difficult for critics to deny that there is a strong association between peace and development—that war, as the World Bank puts it, “is development in reverse.” This is why a commitment to reduce political violence has to be central to any serious global development regime.