Poverty reduction is the ultimate goal of development, but why is this so? Why do we focus on poverty as opposed to other problems such as inequality? And what are the results of the focus on poverty reduction? To entertain these questions, the journal Global Governance invited me to speak at the Permanent Mission of Liechtenstein to the United Nations. Professor Sakiko Fukuda-Parr of the New School graciously served as a discussant.

In my remarks, I argued that the convergence on poverty reduction was the strategic response of primarily two institutions under fire for public failures—the World Bank and The United Nations. The World Bank was under fire due to the destructive economic policies they had been promoting, known as structural adjustment. The UN faced a sea of criticisms as well for its inability to prevent war and mass atrocities in places like Somalia, Bosnia and Rwanda. These institutions deployed poverty reduction as a means to distract from their failures and to show the world they not only remained relevant actors on the international stage but also had the capability to attain a world free from poverty. 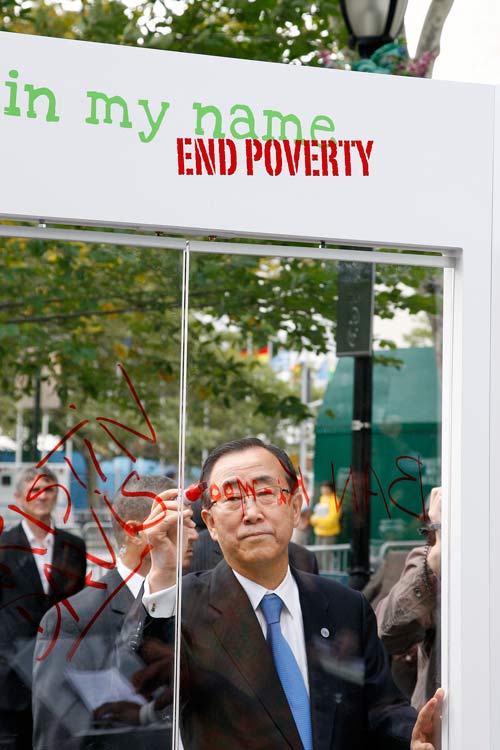 As to why poverty and not some other end, such as inequality, I argued that it is because the focus on poverty didn’t threaten any existing interests, didn’t call for a reform of institutional organizations, and didn’t advance the very controversial notion that a redistribution of wealth was necessary. Rather than reforming global rules and regulations that favor some states over others, the focus on poverty not only reframed development, it also shifted the onus from international organizations back to the states.

After Sakiko Fukuda Parr and I expressed our opinions on these issues, an engaging and lively debate ensued among the UN Ambassadors, scholars, and secretariat and foundation staff that attended. One ambassador explored the question of who actually governs the development debate and the extent to which money plays a role in formulating global development agendas. Another ambassador explained how irrespective of the political motivations, her country had benefited from the focus on poverty, framed within the Millennium Development Goal framework in particular. A staff member from a UN agency emphasized that the MDGs were originally an agenda for aid, and that we should be careful not to equate aid with development.

The strongest reaction to the talk came from a staff member from the UN Secretariat, who disagreed with the premise of the debate, suggesting that there was no alternative to neoliberal policies and that this convergence on poverty was merely an acknowledgment of the limited options left to developing countries. This comment hearkened back to TINA (There is No Alternative), the 1980s slogan of Margaret Thatcher’s Conservative Party, which argued for free markets and free trade policies. But the development field has come a long way since TINA. As a professor from Columbia University noted, Joseph Stiglitz had written extensively on the topic, suggesting alternatives and showing that TINA was a myth.

A Seton Hall professor then wondered to what extent goal 16 of the Sustainable Development Goals, which call for “peaceful and inclusive societies,” pushed the governance agenda. I believe that goal 16 improves the agenda. However, compared to some of the other goals, it contains mostly targets that are not time-bound or quantitative, and thus leaves room for ambivalence. In addition, with 17 goals, 169 targets, and potentially hundreds of indicators, it is conceivable that some goals will dominate the agenda, with those holding the purse strings deciding which goals will dominate. 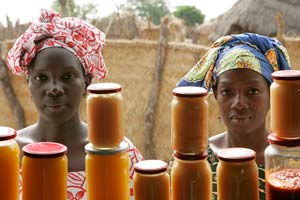 So what does this imply for the next round of global development goals? I think the SDG process is commendable in that it will create an agenda that is truly representative of the international community rather than simply following the dictates of a few powerful institutions. We have learned that inclusion of different voices and interests is an important factor in developing goals. I hope that we’ve also learned that the process is just as important as the goals themselves. And this process should be characterized by:

The Sustainable Development Goals showcase our ability to come together to improve people’s daily lives and is one of the most important test cases of international cooperation. Let’s hope we succeed.

I truly enjoyed this event and learned much from the questions and comments shared. I would like to thank Ambassadors Christian Wenaweser and Stefan Barriga, and Martina Reisner of the Permanent Mission of Liechtenstein for hosting the event. I am also grateful to the One Earth Future Foundation and ACUNS for organizing this event as part of the new Global Governance discussion series. My paper, “Development as End of Poverty: Reform or Reinvention” will be published on November 15, 2015.