Sierra Leone launched its National Action Plan (SiLNAP) for advancing women’s participation in decision-making around peace and security in 2010, following a comprehensive assessment that mapped existing national, provincial, and local level initiatives. Implementation of the SiLNAP started off slow but steady, before completely stopping in 2014 due to Ebola. While the country was declared Ebola-free in November 2015, the death of a young woman in Tonkolili District in January 2016 renewed security concerns. Thus, the role of Ebola in shaping the current environment surrounding the SiLNAP can’t be ignored. 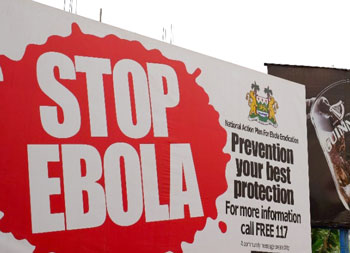 During two weeks of in-country interviews in January this year, many people reported that Ebola inflicted as much—if not more—cultural and socio-economic destruction as 11 years of civil war. The curfew and subsequent lock down destroyed businesses and trade, closed schools for over a year, slowed government activities to a minimum, and broke down social networks and communication channels. The international aid community and the national government dramatically shifted their programmatic and funding priorities to Ebola response.

The long-term effect on Sierra Leone is yet to be determined, but the gendered impact of the virus on women and girls is increasingly being recognized. In 2014, 52% of cumulative cases were female in Sierra Leone, and according to the World Health Organization (WHO), there are also more female Ebola survivors. Reasons for that are twofold; women were exposed to the virus at a faster rate due to their traditional roles as care-givers for sick relatives but also because they constituted a higher number of nurses in the health care sector. An increase in sexual violence and teenage pregnancy has been observed in all countries affected by Ebola. The stigma against survivors in general, and women and girls in particular, has divided communities with varying degree. Left without parents or partners, young children, teenage moms, and widows will continue to struggle for access to schooling and generating income. 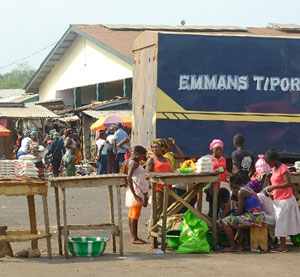 With the expiration of the SilNAP during the height of Ebola, the national government, civil society, and women’s organizations are slowly recovering from the crisis. The structure set in place by the SiLNAP has proven to be resilient enough to be reactivated despite being laid dormant during the Ebola crisis. Different stakeholders are now taking stock of what has been done so far for women’s participation and access to justice in national planning on women, peace, and security.

This is best exemplified in the strong collaboration between civil society and government that has prevailed during and beyond Ebola. Draft laws and policies are generally being discussed with civil society. Some even reach down to the district level to ensure that once enacted, there is enough support to implement them. It also serves the purpose of informing citizens of their rights so they can hold government accountable. 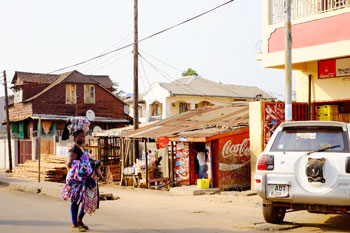 One remarkable example of the positive impact of a strong female-led civil society and the recognition of their role is an event from 14 June 2007. Women came together to actively push for the passing of three gender-related laws. Having obtained a certificate of emergency for these three laws from the President, women shut and barricaded the doors of Parliament. Speaking with one voice, women demanded that the parliamentarians which they had voted into Parliament in the first place should serve them by passing the three laws the same day the certificate was ordered.

All three laws were passed and the momentum to jointly enhance women’s empowerment and participation gradually translated into the development of the SiLNAP. In fact, many respondents from both civil society and government stated that a strong civil society is what it takes to push government to act on particular issues. Backed by a solid civil force, the Ministry of Social Welfare, Gender and Children’s Affairs has been able to facilitate the drafting of relevant gender legislation. 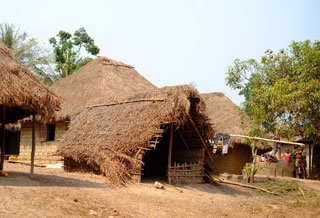 Understanding the importance of these synergies for the mobilization of women and, by extension, their communities, it is not surprising that recent civil society and government discussions about revising the SiLNAP have focused on ways to streamline new challenges. As such, integrating health emergencies and economic violence into a new plan will ensure it remains a key tool for addressing sudden security threats. The question now is can government, civil society, and local actors renew momentum to ensure that the gains since 2010 are not lost in the wake of Ebola?

The pandemic triggered two unexpected results which will have a direct bearing on a new SiLNAP: 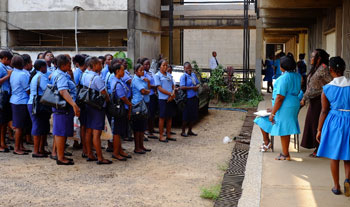 Despite these positive trends, financing these activities remains a challenge. Interviewees reported that a global decline in funding for women’s issues prior to Ebola and the redirection of funds during the crisis have caused many civil society organizations to compete for the same grants. This has major implications for Sierra Leone, especially considering that many of these organizations do not coordinate with each other and activities are constantly being replicated. The necessary collaboration to pool funding and establish joint activities based on local footprint and expertise is largely neglected, and smaller local NGOs are being sidelined almost completely. Compounded by slow but steady fragmentation and the embodiment of a movement by individual women leaders, some civil society organizations focused on women’s issues seem to be losing touch with many women on the ground.

This lack of coordination supports the notion among different stakeholders that women are their own worst enemies. A kind of generational gap has been observed among women and within women’s organizations. Some women who have worked hard to gain access to the higher echelons of power do not become mentors of the next generation, but rather hold the view that struggle is an inherent part of the process. Without acknowledgement for shifting priorities and aspirations and without innovative ideas to attract the younger generation, many of which were born after the war, many groups run the risk of slowly becoming obsolete in their struggle for more inclusivity. 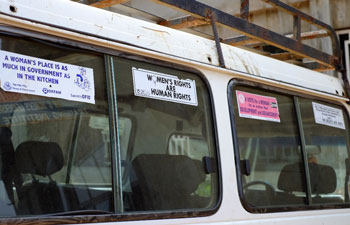 So, while the principles of the SiLNAP survived the Ebola crisis, and there is tangible commitment by both the government and civil society for its revision, Sierra Leone is a much different place than when women peacebuilders in Sierra Leone came together to start drafting a national action plan in 2010. It is time to revisit the SiLNAP and identify areas of progress, new developments, and emerging challenges, and ensure the next plan is more responsive to current needs.

This blog is the third in a series focusing on a research project on the impact of national action plans (NAPs) to implement UN Security Council Resolution 1325 on the interaction between governments and civil society. The joint report by the One Earth Future Foundation and the Institute for Inclusive Security is set for release later this year. We look forward to sharing updates on our findings. Follow the One Earth Future Foundation on this website, on Twitter, or on Facebook; and the Institute for Inclusive Security on Twitter, or on Facebook for updates.